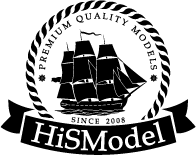 The model of the frigate Jolly Roger was built by my friend Peter in 2012. The model is with complete rigging according to the attached plan. As with many of his other models, Peter produced his own blocks from wooden prisms. The smallest ones are made from a 2 * 2 mm prism grinded to 2 * 1.5mm. Then he has to drill a hole and give the blocks a length. 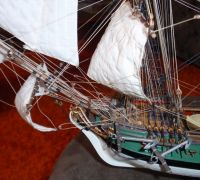 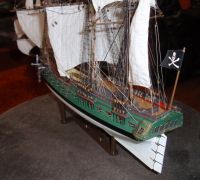 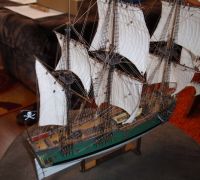 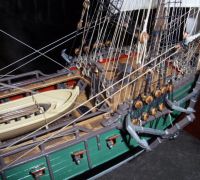 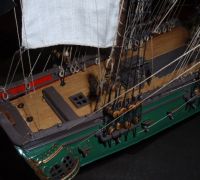 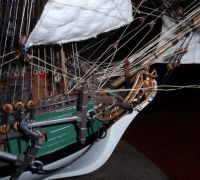 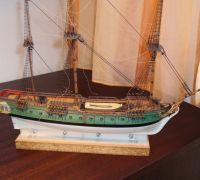 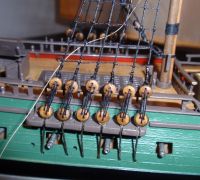 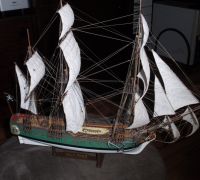 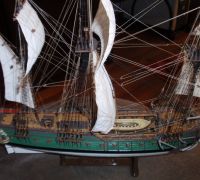 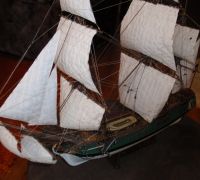 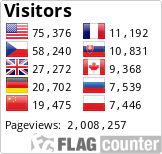